Mark Gatiss - On Screen: In Person 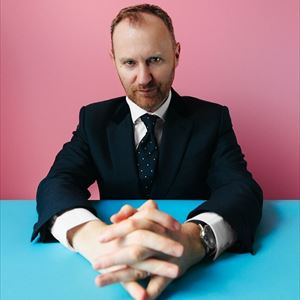 Please note the booking fee for this event includes a Restoration Levy of £1.25 which is charged by the venue

All Mark Gatiss - On Screen: In Person performances

This event is for 14 and over - No refunds will be issued for under 14s.

Writer-actor-director Mark Gatiss is one of the finest and most versatile talents working in television today. First coming to prominence as a member of the legendary comedy group, The League of Gentlemen, Gatiss has written and appear in Doctor Who, co-created, wrote and starred in TV mega-hits Sherlock and Dracula and played Tycho Nestoris in Game of Thrones. Other credits include Agatha Christie's Poirot, The Hitchhikers Guide to the Galaxy, Starter For 10, Horrible Histories and Wolf Hall.

Join Mark, in conversation with broadcaster and historian Mathew Sweet, for this exclusive evening of stories, gossip and clips from Mark's career to date, from League of Gentlemen to the recent Dracula, plus the rare opportunity for the audience to ask questions too.


ON SCREEN:IN PERSON is a new series of exclusive Q&As featuring major figures in television and film, presented by Big Screen Live at Alexandra Palace Theatre.

This event is supporting MIND, for better mental health.
Privacy